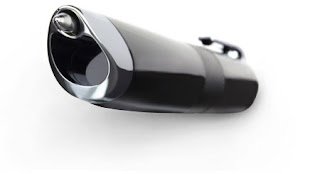 A couple of weeks ago I wrote about active listening, and I mentioned that I find that note-taking helps me understand (and remember) what I am being told. The downside of this approach is the pile of age-old notebooks that I don't want to throw away "just in case I need them". I think I recently found a solution to my problem...

Back in June I bought a Livescribe 3 digital pen. This is a conventional ink-based pen that writes notes in books, but its party trick is that it has a miniature infra-red camera built-in that observes my jottings and stores an electronic copy. The copy is stored inside the pen, but a Bluetooth link with my Android phone (or Apple iPhone) sees the digital images transferred to my phone (either in real-time, or next time I connect the pen and phone). The Livescribe+ app on my phone allows me to view the pages and books of all of my writings since I bought the pen in June. I can throw away the books I've used since June!

Truth be told, the pen is a bit chunky, but I soon got used to its shape and I no longer notice it. This may, in no small part, be due to its light weight. All-in-all it feels very comfortable in my hand.

I've found the digitised images to be very accurate and readable facsimiles of my analogue scribbles. And the Livescribe+ app does a decent job of optical character recognition (OCR) of my words too - making the digital pages searchable.

If you're worried that your notes are a little vulnerable if they are only stored on your phone, fear not because the iOS version of the Livescribe+ app allows automatic synchronisation to Evernote and Microsoft OneNote. Apparently this feature will be added to the Android app soon.

All-in-all I'm smitten with my new pen. It accurately digitises and stores my scribble & writings, and it is nice and easy to use.

The Neo N2, which grew out of a Kickstarter campaign, is a direct competitor and gets good reviews. I honestly can't recall why I chose the Livescribe over the Neo. I think they're pretty similar in features and price.

Did I forget to mention the price of the Livescribe 3? Ah, this is its only major drawback. Expect to pay about £130.
Posted by Unknown