Aside from Chris Hemedinger's comment on SAS V9.3's PROC SQL INTO enhancements, my Macro Arrays, Straight From a Data Set article last week also caught the attention of another friend and regular correspondent - LeRoy Bessler. LeRoy emailed me to suggest that an explanation of why I used a triple ampersand in my macro code (see below) might be of value to many (especially since he is used to successfully using double ampersands in this situation).

LeRoy asked for an explanation. So here it is...

The process of tokenisation and the processing that is done by the SAS macro processor includes a rule whereby two consecutive ampersands (a double ampersand) get resolved to a single ampersand. Not only that but the resulting single ampersand will be put to one side whilst the remainder of the token is parsed in the same manner. Once the first pass of the token is complete, it is all parsed again with the same rules. Here are some examples that illustrate what happens (I've used colour to highlight the separate clusters of characters that get processed):


Let's use this information to decypher my original piece of SAS macro code:

In this case, we're looping around all values from 1 to whatever number &name0 resolves to. I want the code to produce the following output in the log:

a) There's no value for &name; my code had not previously created a macro variable called name

b) Moreover, I had not intended to use a macro variable named &name, I had wanted my code to merely resolve to name at this point 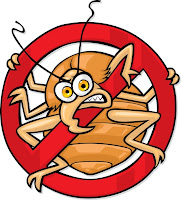 I should have used a double ampersand like LeRoy is used to. If I had specified &&name&i then the first pass would have produced &name2; and the next pass would have resolved to a student name (the array of macro variables had been loaded from sashelp.class).

So, I offer my thanks to LeRoy for politely highlighting my error, and inspiring this blog post.

But, one question remains: we understand how triple ampersands are the correct technique to be used in the first examples, but why did my code from the previous blog post work when the rules suggest it shouldn't? And my answer is: I don't know! Try it for yourself; SAS silently does what I wish, despite my code having too many ampersands.

Answers on a postcard please...
Posted by Unknown