Coding For All - Competition for the Family

There's a debate in the UK, and many other countries around the globe, regarding the content of the IT curriculum (or, ICT as it's known in the UK). Speaking from experience, my kids have been taught how to use Microsoft Office products, but they haven't been taught programming in any of its guises. I've bemoaned this in the past, and I continue to do so.

There is an increasing number of fun ways to learn programming and computer science. The Raspberry Pi device is one good example. Another, not mentioned in these pages before, is the App Inventor for Android. You don't need an Android phone to use this Google-initiated tool to develop real-life apps for Android phones. I showed this to my daughter and she was instantly inspired to create a One Direction soundboard app and share it with her Android-toting friends. Result!

As I say, you don't need an Android device to use App Inventor. That's because it has a built-in phone emulator that you can run on your PC. The emulator is a precise emulation of an Android phone, so you have to wait for Android to load on the phone and then swipe horizontally to unlock it. 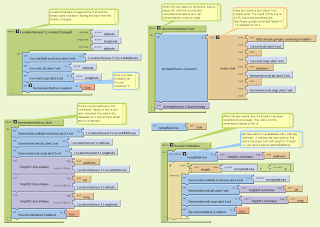 The concept of App Inventor is to permit the creation of programs by visual means - designing the screen, then creating the program by slotting together a wide variety of jigsaw-like programming constructs. It sounds limited but it's not.

App Inventor started life as a Google experimental lab project in 2010 but it was halted at the end of 2011. Massachusetts Institute of Technology (MIT) took over the support of the project and it's now known as MIT App Inventor. It has a few rough edges, but it's worth persevering through those small problems because the ability for kids to create mobile phone apps is inspirational. Not only is my daughter hooked but those to whom I've recommended it now have their own kids hooked on producing increasingly complex and functional apps too.

And what better way to promote something than with a competition. That's just what MIT have done. With four different age categories (including an open age category for adults), and a first prize of a Nexus 7 Android tablet in each category, there are many good reasons to get the app of your kids chosen as "most outstanding". The competition closes December 12th so you have a good number of weeks in which you or your kids can i) think of a great app idea, and ii) get familiar with App Inventor and get coding.

To get started with App Inventor, go to the site, click Explore, go to the Learn tab and follow the tutorials. In the Setup tutorial, make sure you install the App Inventor software on your PC. However, to enter the competition you'll need to join the App Inventor Community Gallery (The Gallery is in Beta, go to The Gallery to request full access).

There is some excellent learning material on the App Inventor web site, but you can also find a lot of fabulous information at Professor David Wolber's site. Prof Wolber teaches computer science at the University of San Francisco (spooky, San Francisco again!) and uses App Inventor in his courses - and he wrote the App Inventor - Create Your Own Android Apps book.